There are many public Minecraft servers, free or paid. In this post, let's talk about the server free public Aternos for you to play Minecraft over the Internet with your friends.


1 – Play over the Internet

In Minecraft it is possible to play with any player in the world, as long as those players are connected to the internet. The technical term for this network structure is called WAN.

the internet is the biggest WAN of the world. 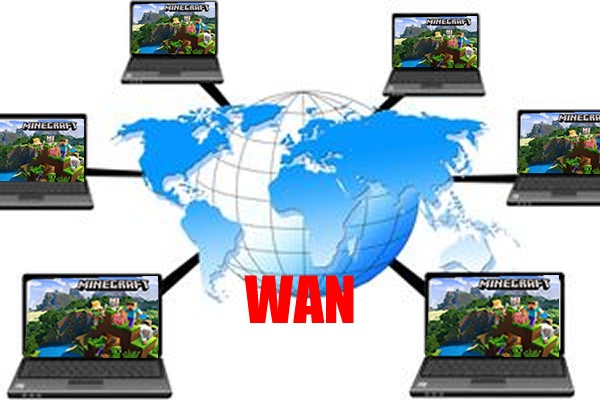 We are not going to use technical and difficult terms, for simplicity let's just call it INTERNET, or play over the INTERNET. If you want to know more about what it is WAN and other types of networks Click here.

To play Minecraft networked in MultiPlayer mode with any player in the world a Minecraft server is required.

For example, let's say that João and Maria want to play together:

John says
-Maria, let's play together? Let's build something together.
And Mary says:
– Okay, but I'm in another city! How can we play together?

John then says:
-Maria is easy, let's play through a server on the Internet

As explained in the post Minecraft: Networking with Friends in Multiplayer Mode > Home Network, João can be the SERVER for home/local networks.

For João to play with friends from another city, a game will be needed. WAN, but in this case it is not recommended to use John's machine as a Server for the following reasons:

What we recommend in this case is to use public servers to play Minecraft in MultiPlayer mode over the Internet.

There are many public Minecraft servers, free or paid. In this post, let's talk about the server free public Aternos for you to play Minecraft over the Internet with your friends.

Aternal is without a doubt the BIGGER Minecraft public server in the world, with more than 36 MILLION users registered so far this article and with more than 50,000 active online players.

In the server Aternos it is possible to create Minecraft from scratch to play with your friends!

With Aternos you can create a custom Minecraft server to play with anyone in the world.

At Aternos you will have to configure your entire Minecraft server from scratch.

In the post below we explain in detail how to play on the Aternos public server.

We are very happy if this article helped you in any way, and we will be even happier with your contribution supporting us on social networks, come join us!