Explore and transform distant worlds! Astroneer takes place during the 20th century era of intergalactic discovery, where players must explore the frontiers of outer space, risking their lives in hostile environments to uncover and unravel the mysteries of the universe. 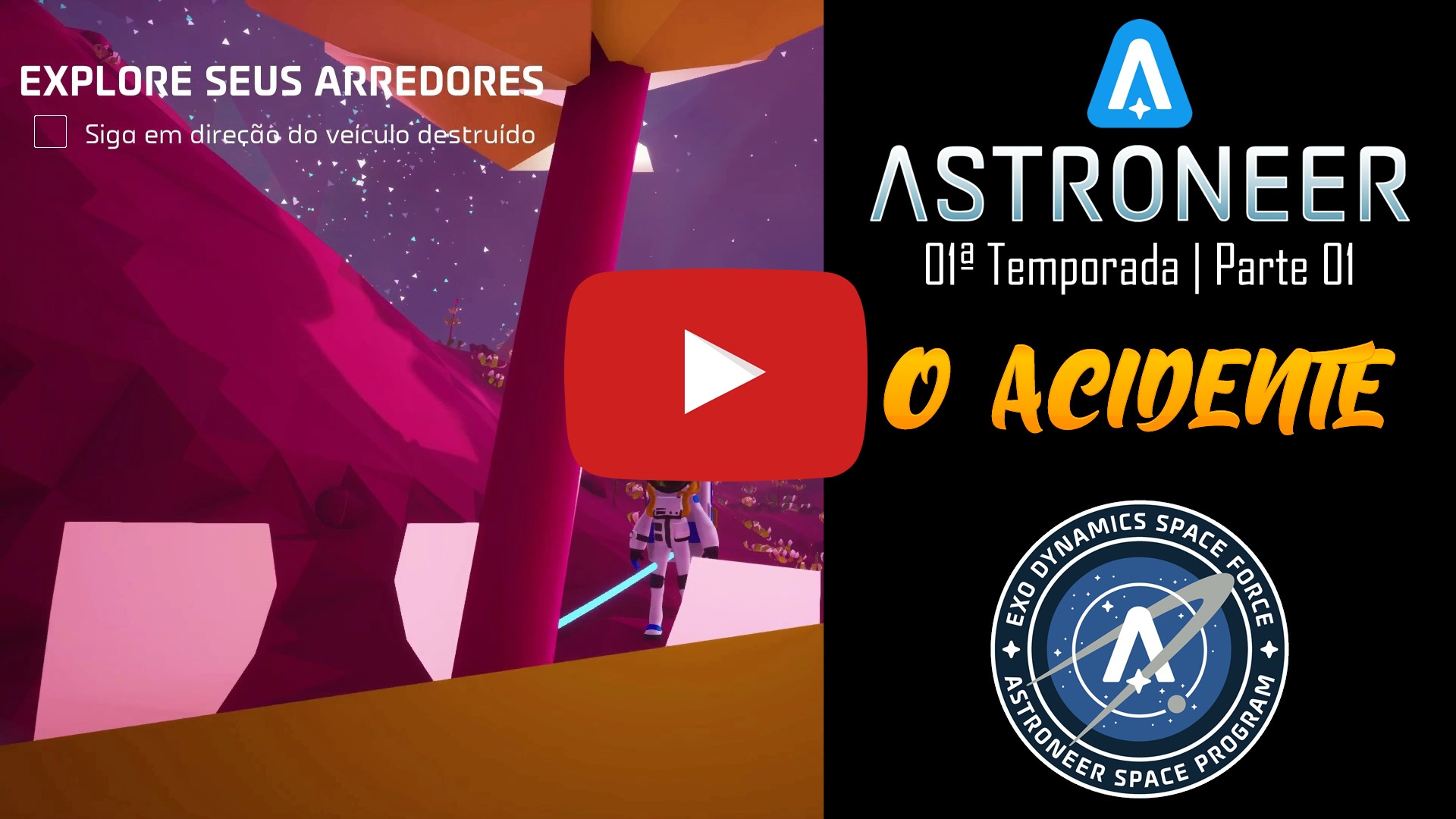 In this exploration, the players have machines that manufacture the most diverse types of materials from raw materials found in abundance on the explored planets.

Among the machines to 3D PRINTER that prints diverse materials that helps explorers build stations and colonies.

the game astroneer reflects the reality of the future of the space age. This reality is told through the documentary “World Innovation: Imprinting the Future”

Imprimindo o Futuro shows the use of Green Plastic developed by the Brazilian company Braskem, a pioneer in the creation of this material, which will be used to build 3D printers that will be part of NASA's space missions.

You can view the video also in the original audio and with subtitles at: https://www.youtube.com/playlist?list=PLQtKWvsWFC-DuwjInQaYsXD0On86ZB9Xg

We know very little about ourselves and our solar system, but with each passing day we take a step towards innovation. To achieve this goal, companies have joined forces to develop new technologies that make these discoveries possible while preserving the planet. In this new space race to explore Mars and other planets, a Brazilian company will have great importance and influence, as it is the pioneer in the creation of Green Plastic, resistant outside the atmosphere and producing less pollutants in its creation. Check out the documentary and see the entire process of creating the material, including tests on the International Space Station, the work of engineers and the use of plastic in zero gravity.

The discovery of the New World today is the exploration of the universe and planets. Who will be the first to set foot on Mars and populate a new planet? It sounds like fiction, but it isn't. In this special WORLD INNOVATION: IMPRINTING THE FUTURE, Discovery in partnership with Braskem, Made in Space and Nasa will show how the world is already preparing for this new phase, and Brazil plays an important part in this story, as the Brazilian company Braskem pioneered the development of Green Plastic, which withstands off-planet conditions and is therefore the material that can be used by NASA and Made in Space in the 3D printer for these missions. Let's get to know this technology together, directly from space!

Vivemos na Nuvem Microsoft é dona da maior nuvem do mundo 2021
Industrial Revolution 4.0 - Prepare for the future!
Amazon Go - Supermarket without boxes
Find out how e-SIM promises to leverage the Internet of Things
Application of Artificial Intelligence Algorithms that can make decisions about your life
Tagsastroneerastronomy3d printerprinting in space