In Minecraft it is possible to play in Solo mode (Alone) or in Multiplayer mode (with your friends). In this post I'll show you all the details and information for you to be able to play online with your friends, whether it's with people in your house, or with friends in another city, state or country.

We know that it is not possible for two people to play using the same computer. To play multiplayer you need two or more computers, that is, each player will have to have their computer or cell phone to play.

HOW TO PLAY MULTIPLAYER ON A HOME NETWORK


We call a home network a network structure where all computers connect on the same router device, or on the same Wifi signal.

For example, let's say you have internet in your house, and the internet is accessed through the same device that distributes the Wifi signal, and all devices in your house are connected to this same network as shown in the image below. This configuration is called Home Network.

To play in Multiplayer mode over the Home Network, all players' computers or smartphones must be connected to the SAME WIFI signal. 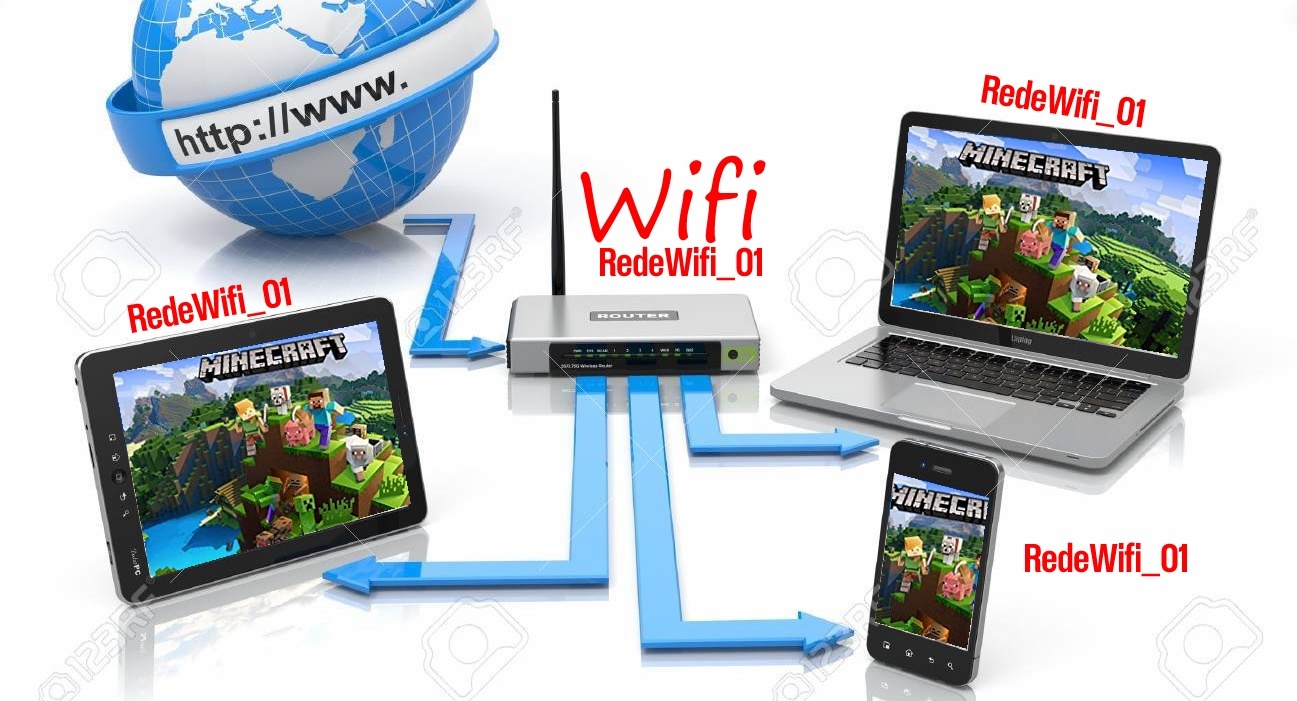 IMPORTANT: If you are logged in to Domestic Network_01 and the other player is connected to the Domestic Network_02 most likely you will not be able to play multiplayer, as Minecraft will not understand that you are on the same network.

To be able to play Multiplayer at home, all players must be connected to the same Wifi signal. 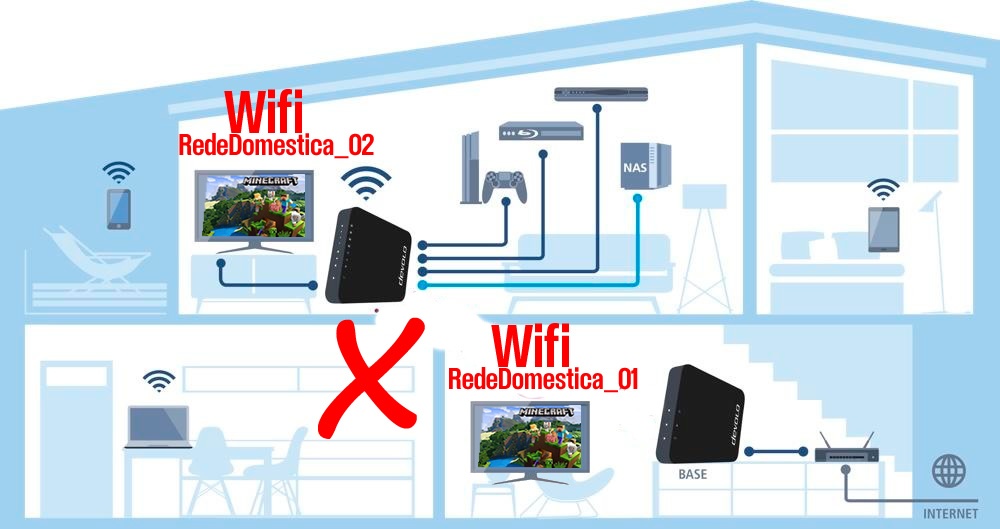 2 – How to connect to play Multiplayer (Open for LAN)

After all computers or smartphones are connected to the same network or Wifi signal, it will be necessary to choose among the players who will be the SERVER

For example, let's say Hansel and Gretel want to play together:

John says
-Mary, let's play in the MY WORLD of Minecraft? I want to show you the constructions I made.
And Mary says:
– All right, so open your game to LAN.

In that case, João will be the SERVER and Maria will have to connect to João's computer for both of them to be able to play online together.

Still using the same example as John and Mary, Maria will have to open Minecraft in SAME VERSION that John, that is:

If you've followed all the above requirements, all the steps above, then it's time to open up to LAN.

Using the example of Hansel and Gretel, Hans Minecraft which is the server will have to open the game for other players to be able to enter his world.

Setting up MINECRAFT that will be the SERVER.
In our example is João's MINECRAFT

1- In Minecraft, you will enter the game in mode "ONE PLAYER".

2- Inside the Game, open the options (ESC key on the computer). Click on the option “OPEN TO LAN”.

3 – The options set here will apply to all players who enter your world:
a – Set the MODE
b – Allow Codes (Ex: time set)
c – Start LAN World

Configuring MINECRAFT of other players that will access the SERVER.

In our example it's Maria's MINECRAFT.


1 – In Minecraft, choose the option "Multiplayer"

5 – Minecraft will start the session

6 – Okay, you can now play online with your friends on your DOMESTIC NETWORK

Multiplayer Mode is endlessly looking for a server and can't find it. “Searching for local games on the local network”

This usually happens when you are not connected to the same network as your friend.

HOW DOES MULTIPLAYER GAME WORK ON THE INTERNET


play over the internet

This multiplayer game format allows you to play with any player anywhere in the world, as long as those players are connected to the internet. The technical term for this network structure is called WAN, but we are not going to use technical and difficult terms, for simplicity let's just call it INTERNET, or play over the INTERNET.

If you want to know more about what it is WAN and other types of networks Click here.

Guys, in the next post we will talk about how to play with any other player in the world over the Internet.

Did this article help you?

Help us to maintain this project, make a donation!!!

We will be very grateful.

We are very happy if this article helped you in any way, and we will be even happier with your contribution supporting us on social networks, come join us!